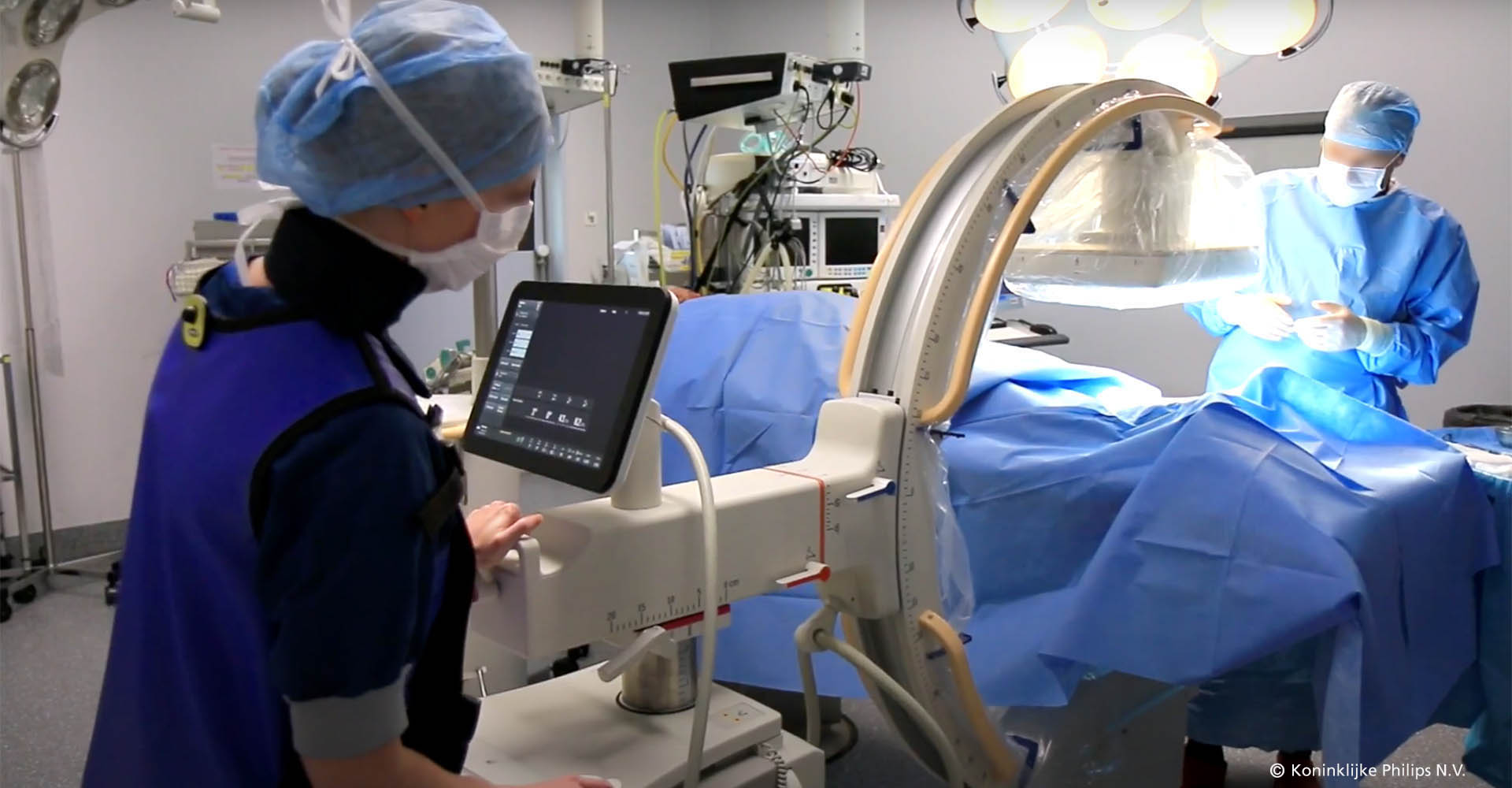 Briefing. The Veradius Neo addressed a few issues around positioning, patient access and team work. The optimized C-arc geometry provides more room for orthopedic surgeons to work and to position around patients. The increased openness of the system was a core requirement of this project. Mobile C-arms are repositioned many times during most procedures in order to deliver visualization for image-guided interventions. User research had shown that the position resulted in many frustration within the teams. To simplify communication between surgical team members and to make it easy to quickly move to a requested position, we introduced a color coding. The colored release levers are corresponding to the colors on the C-Arc, where the movement is actually happening. This simple feature enabled the teams to communicate in a more precise way and improved the positioning significantly. The touch UI was designed as a central point of user interaction for the technician and can swivel 180 degress in both directions. The introduction of the 2nd user interface empowered the technician and gave him a more active and responsible role during the procedure – a win-win for the entire team.